LASER is an acronym for “light amplification by stimulated emission radiation.” If you have no idea what those words mean, you’re not alone. If we break it down and start with the basics, the acronym will make more sense.

Let’s start with light, which is the common name for electromagnetic energy that humans can see. Light is generated in many ways—by lightbulbs, the sun, fire, and, of course, by lasers. The wavelength of light emitted from lasers varies between the infrared and ultraviolet wavelengths and includes the invisible and visible light spectrum. That’s why you can see some laser beams, like the one you use to drive your cat crazy, while others are invisible to the human eye.

Think about a laser as a bow and arrow. A bow uses energy to release an arrow and send it sailing through the sky. Similarly, a laser stores energy in the form of atoms and concentrates this energy before releasing it in a process called stimulated emission. This emission of photons bounces around between mirrors inside the laser chamber before exiting the chamber and showing up on your Powerpoint presentation.

Laser light differs from the light from a lightbulb in several ways:

Now that you understand how lasers work, you may be wondering why you should care. Lasers provide plenty of giggles and guffaws when your pet gets dizzy from going in circles chasing a laser pointer, but they have medical applications in the veterinary world, too.

Therapeutic, or cold, lasers are a relatively new technology used to treat acute and chronic injuries, and they can be a game-changer for many pets, especially for pain treatment. You can read more about it in this blog, which was published last month.

Lasers also have also changed how surgical procedures are performed in veterinary hospitals. The light from a surgical laser is converted into thermal energy when it hits skin or other tissues, which results in extreme heat that, rather than a cold scalpel, cuts the tissue.

Advantages of lasers in surgery 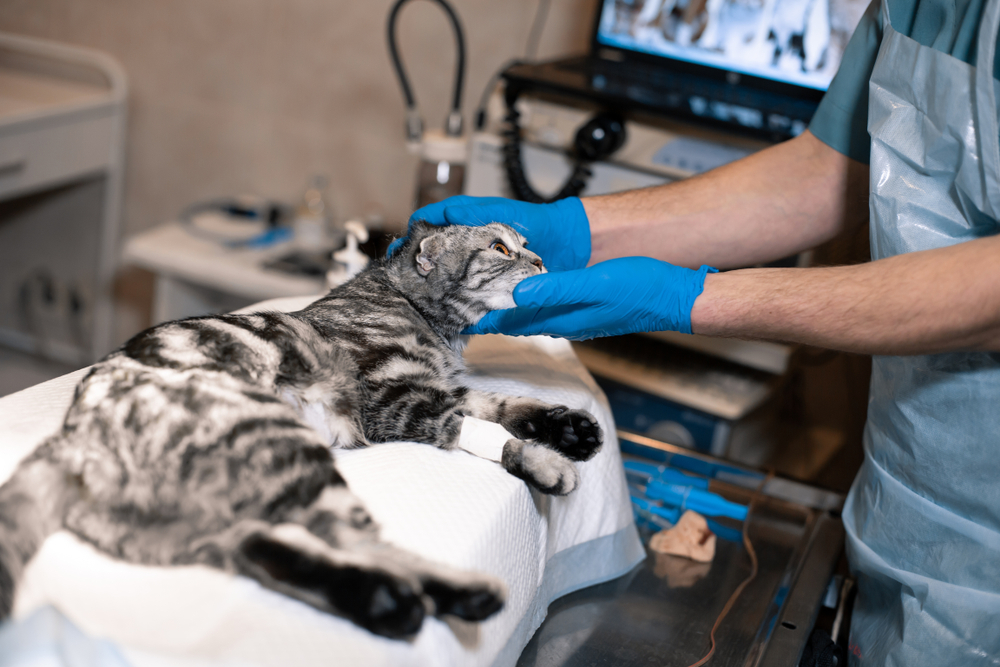 Surgical lasers have many useful applications. We use them to make the initial incision in elective procedures, such as spays and neuters, as well as inside the abdomen to seal off vessels and remove tissues during more complicated procedures. Surgical lasers minimize bleeding, so the surgeon has a clearer view of the surgery area. Easy visualization is important for your pet, because the surgical procedure is safer, and the surgical time is reduced, which means your pet’s time under anesthesia is also reduced.

Other advantages of surgical lasers include:

Surgical lasers provide cutting edge technology for surgical procedures, and the result is a faster, easier post-operative recovery time for your beloved pet. If you’d like to learn more about laser therapy, either surgical or therapeutic, give us a call. We’d be happy to talk with you about how lasers can benefit your pet.

About the Author: Animal Medical Hospital of Naples